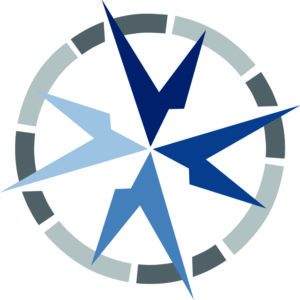 When you contemplate starting a business in the oil and gas service sector, it is important to understand multiple economic factors. The boom-bust cycle that defines the energy industry throughout its history requires you to enter this industry with a clear vision. Diversifying your own and your company’s skill set allows success in many economic climates.

The vision for Dolan Integration Group was incubated during a volatile economic climate. U.S. imports of oil and gas were rising, and the geopolitical implications were vast. Studying and knowing the role of geochemistry in the oil and gas industry has always allowed diversification of skills. Job experiences with Mobil and ExxonMobil developed skills in exploration, development, production and environmental health and safety. If you want to be a boom-bust cycle survivor, diversifying the skill set is critical.

In 2006, Dolan Integration Group opened its doors with a clear goal to remain diversified in our skill set. The nascent shale revolution was in full swing and organic geochemistry was a high demand skill. A keen realization that organic-rich source rocks (aka shales) were now the most important aspect of the petroleum system was forming in the industry. An emphasis on oil versus gas prediction in shale plays was being developed by DIG and U.S. oil and gas operators. This period was defined by a renewed interest oil and gas and exploration in shale plays in the United States and interest in DIG exploration products exploded. DIG provided critical expertise to reduce risk and predict success during this time. U.S. oil and gas operators agreed.

Development of oil and gas resources that were discovered in the early part of this century in the U.S.  Lower 48 also require geochemical and laboratory expertise. DIG began to develop a laboratory that would concentrate on the hydrocarbon fluids that were now flowing from all those newly discovered oil and gas wells. The DIG fluids laboratory began  operating in 2012. By 2014, the DIG laboratory was fully functional and U.S. oil and gas production had ascended to the top rank in the world (EIA, 2021). Despite predictions of peak oil just a few years earlier, the U.S. was now the number one producer of oil and gas in the world. A diminished dependency on foreign sources of energy changed the geopolitical landscape. DIG supported an industry that had helped to kick the habit of foreign oil dependency. Exploration, development, and production of home-grown resources were being supported by DIG’s comprehensive services. Again, the ability to anticipate the emphasis on U.S oil and gas production helped guide DIG through the tumultuous price volatility. Supply went up and prices collapsed. DIG remained a steady supplier of services that continued to be in high-demand. As a result of the industry focus on oil and gas production, U.S. produced hydrocarbon fluids were the new king of energy and DIG was poised to provide geochemical expertise to support the production of these fluids.

With great success in oil and gas exploration and development came a growing and robust regulatory environment. DIG’s chemical engineers and geologists were poised for this shift. As it turns out, the laboratory regime for analyzing oil and gas dovetails very well into the fluid forensics and fingerprinting of hydrocarbon fluids. Whether those fluids are being produced from an oil and gas well or impacting the near sub-surface or surface hydrologic systems, well integrity is a critical part of the new regulation. We have the tools to support and provide critical mitigation strategies to our clients.

As we move toward the future, DIG is well-positioned for success. Our suite of services will continue to serve the oil and gas industry. We understand the importance of all energy sources and support the responsible stewards of our environment. Our experience has naturally expanded toward natural gas storage and carbon capture and storage monitoring, validation, and assessment. The infrastructure of many of these subsurface systems are well known to DIG scientists and engineers. We continue to conduct our business under our mantra of operational, technical, and personal integrity. Continually diversifying our skills allows us to provide unsurpassed customer service to all the industries that we serve in an environmentally sustainable way.